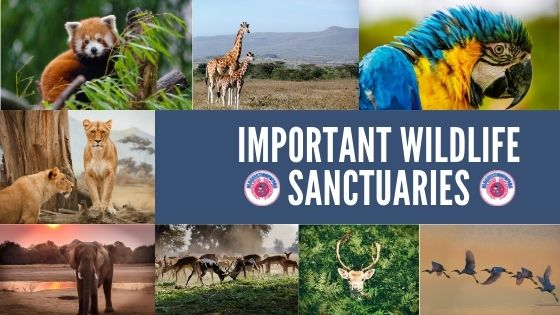 There are 103 National Parks and 544 Wildlife Sanctuaries in India. Madhya Pradesh and Andaman & Nicobar Islands have the maximum number of National Parks (9 each).

Kaziranga National Park, located in the Golaghat district of Assam is the largest wildlife sanctuaries in India.

The oldest bird sanctuary in India, Vedanthangal was given this status due to a petition by local villagers who were aghast at seeing British soldiers shooting at the birds way back in 1796.